A couple of weeks ago I finally made the jaunt across the channel to The Netherlands, and it fast became one of my favourite countries. I began with the obvious – Amsterdam, before moving on to some slightly less touristy locations such as Rotterdam and Kinderdijk. My 8 days in The Netherlands, most of all, were made pleasant by the local people. The Dutch are amongst the friendliest and happiest people I have ever encountered. Everywhere I went I was met with smiling, helpful people. When I took the train, the staff at the station were helpful, the announcements on board where clear and informative. It was the people of the Netherlands that made sure my trip went smoothly and left me excited to make another trip there. Admittedly, there is still so much of The Netherlands to see and I most definitely intend to go back and see more of it when I can, but for now, here is my list of five excellent things to do in the Netherlands. 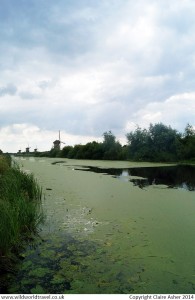 There are two things you think of when you think of The Netherlands – the party atmosphere of Amsterdam, and Windmills. Ok and maybe clogs… Kinderdijk was exactly what I had in mind when I imagined The Netherlands. Just 40 minutes by boat from central Rotterdam, set amongst the most amazing backdrop of Dutch countryside, are some very old, pretty windmills. Kinderdijk is a small town located about 15km east of Rotterdam and accessible by a waterbus followed by ferry. The trip costs just €12 return. You’re dropped off in Kinderdijk by the boat, and it’s a 10 minute walk from there to the UNESCO World Heritage Site where you will find the windmills. You can pay extra there for a boat ride on the canals, but your original ferry ticket entitles you to basic entry, including the museum. From there you are free to walk the paths and visit the 270 year old windmills as you please. You can also rent a bike and cycle past the windmills, for the quintessential Dutch experience. The views in Kinderdijk are just stunning. The beautiful, traditional windmills turn majestically in the wind as the long grasses surrounding them wave and rustle in the wind and ducks feed on algae in the canals. You can do the whole trip in an afternoon and still be back in time for a late afternoon beer; Kinderdijk is well worth a visit if you’re in Rotterdam, and a welcome break from the confines of the city.

you can easily make a stop in The Hague and see the architecture, politics and culture there before continuing on and arriving in Rotterdam for dinner, no problem. Oh, and like many trains in Europe, the Dutch trains are often double-decker, which I always enjoy.

Bicycle is by far the best way to get around in The Netherlands, but it can take some serious courage to try, especially somewhere busy like Amsterdam. Cycling along bumpy cobblestone streets isn’t easy, and avoiding intoxicated tourists and trams adds another level of complexity, but if you have the bottle then cycling in the Netherlands can be a pleasure. If you can, get out of the city and enjoy cycling through some of the gorgeous countryside. The plus side is that The Netherlands is incredibly flat, meaning you’re unlikely to find your thighs burning at the end of the day.

The Dutch traditional dish, croquettes are made from mash potato covered in breadcrumbs and fried, often also containing meat or vegetables. They are commonly served in a bread roll, although you can opt out if that seems to stodgy for you! One rather hungover morning in Amsterdam a friend took me to Eetsalon Van Dobben (Korte Reguliersdwarsstraat) for croquettes which were the perfect cure. Crunchy on the outside and soft and delicious on the inside, served either with out without bread (and with a healthy dollop of non-optional mayonnaise*). Van Dobben is a no-frills kind of place – with white tiled walls and metal tables and chairs, you order at the counter and the toilet is uncomfortably located behind the main counter. But this is a place the locals eat, and the food is delicious and extremely reasonably priced. 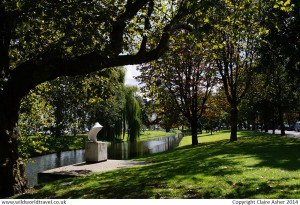 Not to mention the famous Coffee Shop Smokey is just around the corner, if you need to work up an appetite.

One of the nicest things I did in Amsterdam was allow myself a day off from relentless sightseeing. Instead, I enjoyed a lazy day, I went for one of the tastiest hot chocolates I’ve ever had, I walked around a little bit, tried some cheese samples, I had an afternoon nap. Later, I spent a few hours reading. The atmosphere in The Netherlands is so relaxed, this is a country where one can truly appreciate doing nothing.

*mayonnaise is rarely optional in The Netherlands or Belgium, one of many reasons I love these countries. 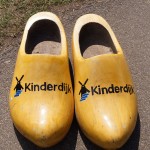