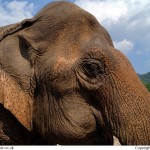 When I decided to visit Thailand, seeing Elephants was top of my wish list. But I was aware that many of the Elephant tourism opportunities were quite inhumane. I had no idea the scale of the problem. Before my trip I did a great deal of research and found one organisation that I believe genuinely has the animals’ best interests at heart – Elephant Nature Park. I had an amazing day experience there, which I cover in a separate post. I only wish I’d had longer to spend there. Here I would like to briefly explain what I found out about the Elephant industry in Southeast Asia. The Asian Elephant has suffered at the hands of humans in Southeast Asia for centuries. However, in recent years, as tourism in this region has boomed, things have taken a new twist. Countless tour agencies offer day trips and longer where you can ‘learn to be a mahout’, an ambition no welfare-conscious tourist should have. The trade of the Mahout is unbelievably cruel.

END_OF_DOCUMENT_TOKEN_TO_BE_REPLACED 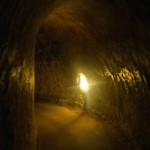 Nothing could prepare me for the pain of waking myself up at 3am on a Vietnamese sleeper train, scrabbling around in the dark for my belonging and clambering off the train into a dark Ho Chi Minh station. Worse still, we arrived early, so it was an anxious rush to get everything together before getting off the train. Bleery-eyed and confused we piled into taxis to the hotel that my tour had booked. We arrived to find the rooms were not ready yet. Sam and I had a back-up plan, though. We’d booked a hostel. So we got a taxi over to the hostel (which was in the backpacker part of town), only to find the place closed and shuttered up. We’d told them we’d be arriving around this time. Desperately we banged on the metal shutter. We waited. Thankfully, a sleepy-looking receptionist appeared and let us in. Our room wouldn’t be ready until 10am, though, so we could have a different room until then. Fine. We got into our small room, with a broken air conditioning unit and partially functional bathroom door, and immediately fell asleep.

END_OF_DOCUMENT_TOKEN_TO_BE_REPLACED 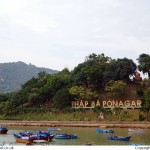 We got up early and drove from Hoi An to Da Nang, where we were supposed to board a day train to the beach town of Nha Trang. The trains in Vietnam are known for being bad at timings – sometimes they’re early, sometimes they’re late. They are rarely on time. This one was late, and we had to wait over an hour in the rather inadequately provisioned train station. Eventually the train arrived and we all hurried with our luggage onto the train tracks to climb up into the train – once inside it was chaos, with far too many people trying to cram too much luggage down the narrow carriage isles and into their cabins.

The added bonus of this 10 hour journey was that I was meeting my friend and repeat travel buddy Sam, who had got on the train in Hanoi the night before, Understandably, he was feeling a little worse for wear after over 12 hours on a Vietnamese sleeper train, but we actually quite enjoyed the journey, watching the Vietnamese countryside roll past and drinking beer in the bar carriage. It was Christmas eve, after all, so drinking seemed to be in order! We arrived in Nha Trang around 9pm, checked into the hotel as quickly as we could and headed out to find some food and suitable Christmas eve entertainment.